Your Group’s First Game Night (or First Night Back) 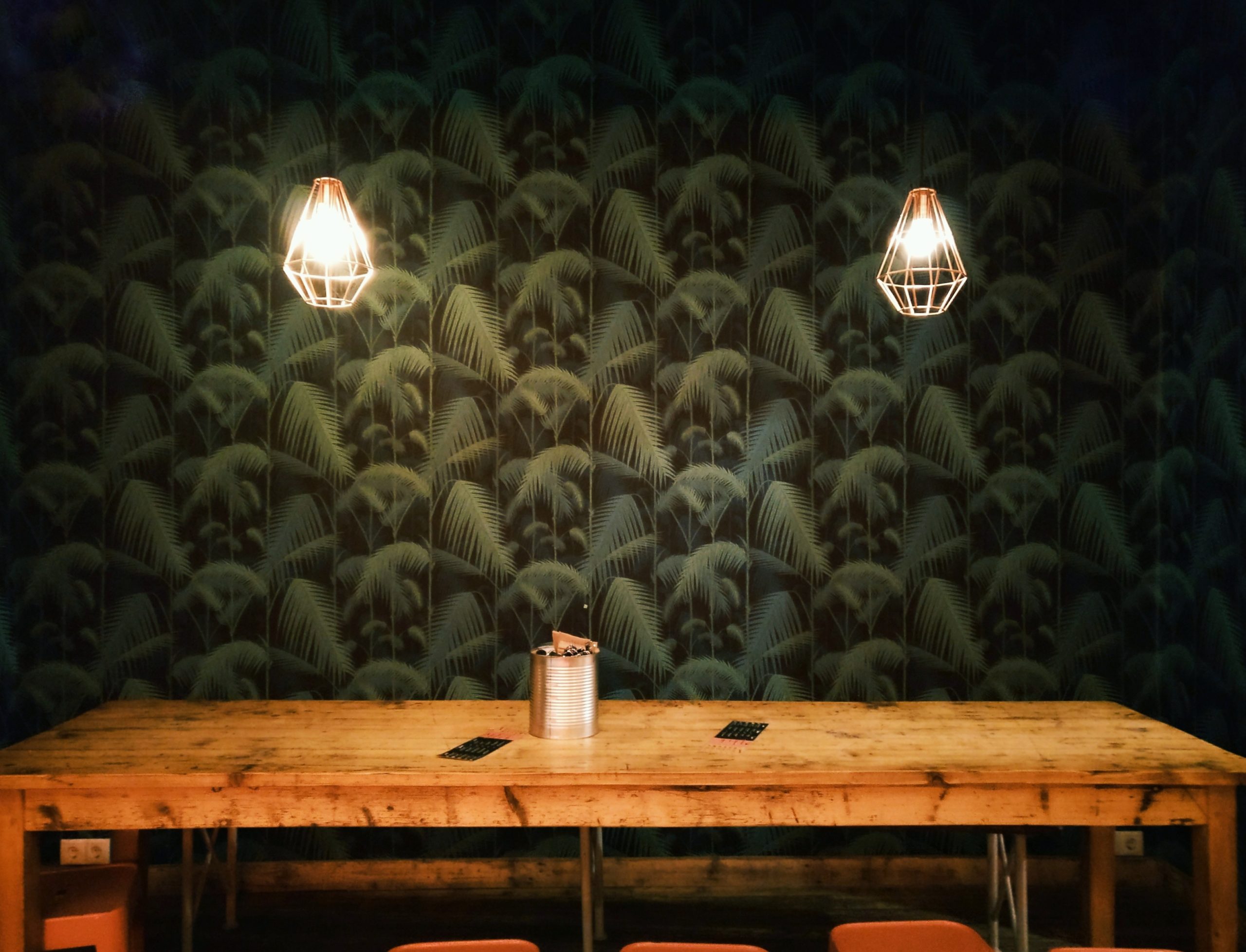 We’re still a ways away, but one day, hopefully in the not-too-distant future, this pandemic will come to an end. It’s only a matter of time before we find that our social circles have been mostly vaccinated and we feel safe enough to get together and play games.

No matter the history of your group—whether you were an established gaming group in the “before times”, or you’ve organized a new game night after resolving to never take social interactions for granted again—for the purposes of this article, we’re going to consider you to be a new gaming group. This is because, for many of us, it’s been a long while since we got together in a social setting with other humans. Group dynamics may have changed; someone has undoubtedly had a really rough year; everyone is probably putting some extra pressure on their social interactions to be rich and valuable. It’s going to be a lot, right?

Well, when the time comes, let’s settle back in the right way. Now seems like a good time to make sure we set the right tone and bring the right sorts of games to the table. Here are a few qualities to consider when looking ahead to Game Night #1.

Everyone at one table

Table space permitting, try to play one game at a time, all at one table. You can split into smaller game tables at future game nights, but your first get together should be about, well, getting together.

Especially after these many months of not being able to see one another, gathering around one table will give your group a chance to get acquainted and settled—and leaves no room for “Well, I wish I’d gotten to play a game with Jane,” or “The other table seemed to be playing better games.”

Need some big-group game ideas? All of the games I’ll mention in this article can host at least 6 players, and these next two go even higher…

Here we have an excellent game in the Tsuro series. The original Tsuro: The Game of Path is also an excellent 8-player game, and well worth checking out!

In Phoenix Rising, you’ll play a phoenix who’s racing to reach lanterns in the night sky and collect star tokens. Each turn, you’ll plan out the next tile in your phoenix’s path, then traverse the sky and see if you pass through lanterns along the way.

This game can be played at a pretty casual pace, so even if your group is feeling chatty and distracted, it’ll be a good time. 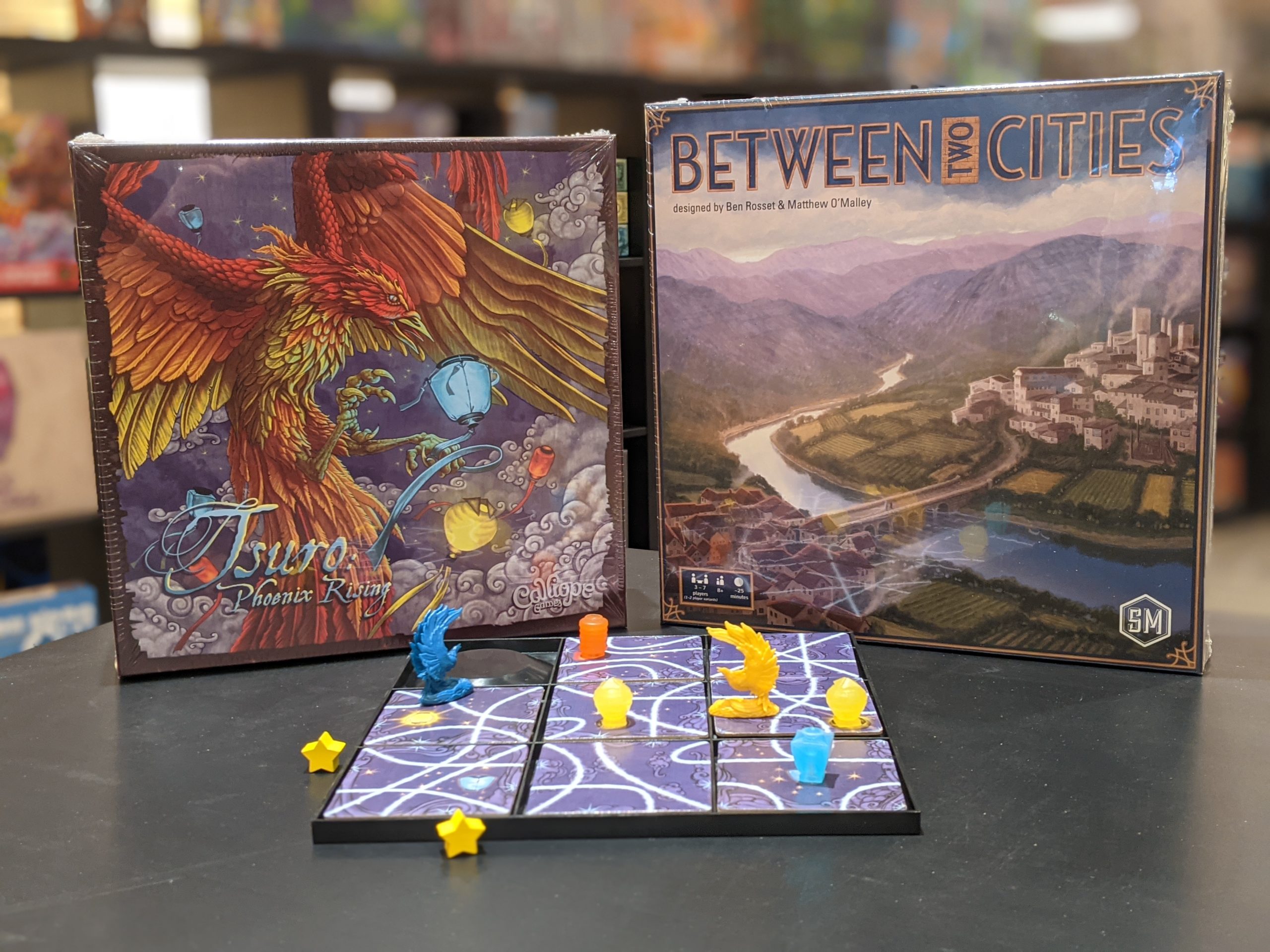 This partner-up tile-laying game is all about planning and creating a beautiful and functional city with the player sitting to your right—while you do the same with the player on your left as well! You’ll be literally Between Two Cities, as you add homes, businesses, factories and entertainment to help your cities prosper.

As soon as play begins, everyone around the table will be thick-as-thieves with the players flanking them. After all, you’re building a city together, and it’s in your absolute best interest to work together and do a good job, because at the end of the game, everyone’s final score is the value of their worst city.

Greatest of all, everyone selects and chooses their tiles simultaneously, so you won’t have to wait for your next turn as everyone is deliberating.

Every game group has its own dynamics. Perhaps you’ve known each other for decades, or perhaps you’re bringing new acquaintances together for the first time.

Either way, the last thing you want to do is create a rivalry before your group has a chance to bond. You can avoid potentially sour interactions by selecting games that are cooperative, or at least that don’t include players attacking one another directly.

In this streamlined version of the best-selling game Mysterium, your group will play as psychic investigators who are cooperating to solve the murder of the park’s director. A single player will take on the role of the director’s ghost. (You may want to avoid giving this role to anyone who’s brand new to tabletop gaming, or even have two players share the ghost role for your first time, as they won’t be able to ask for ideas or advice from the other players.)

The ghost will hand out beautiful and mysterious Art Cards to the psychics to lead them to the murderer. This game leaves room for lots of collaboration and discussion between the psychics, so it’s a great way to socialize while taking on a group challenge. 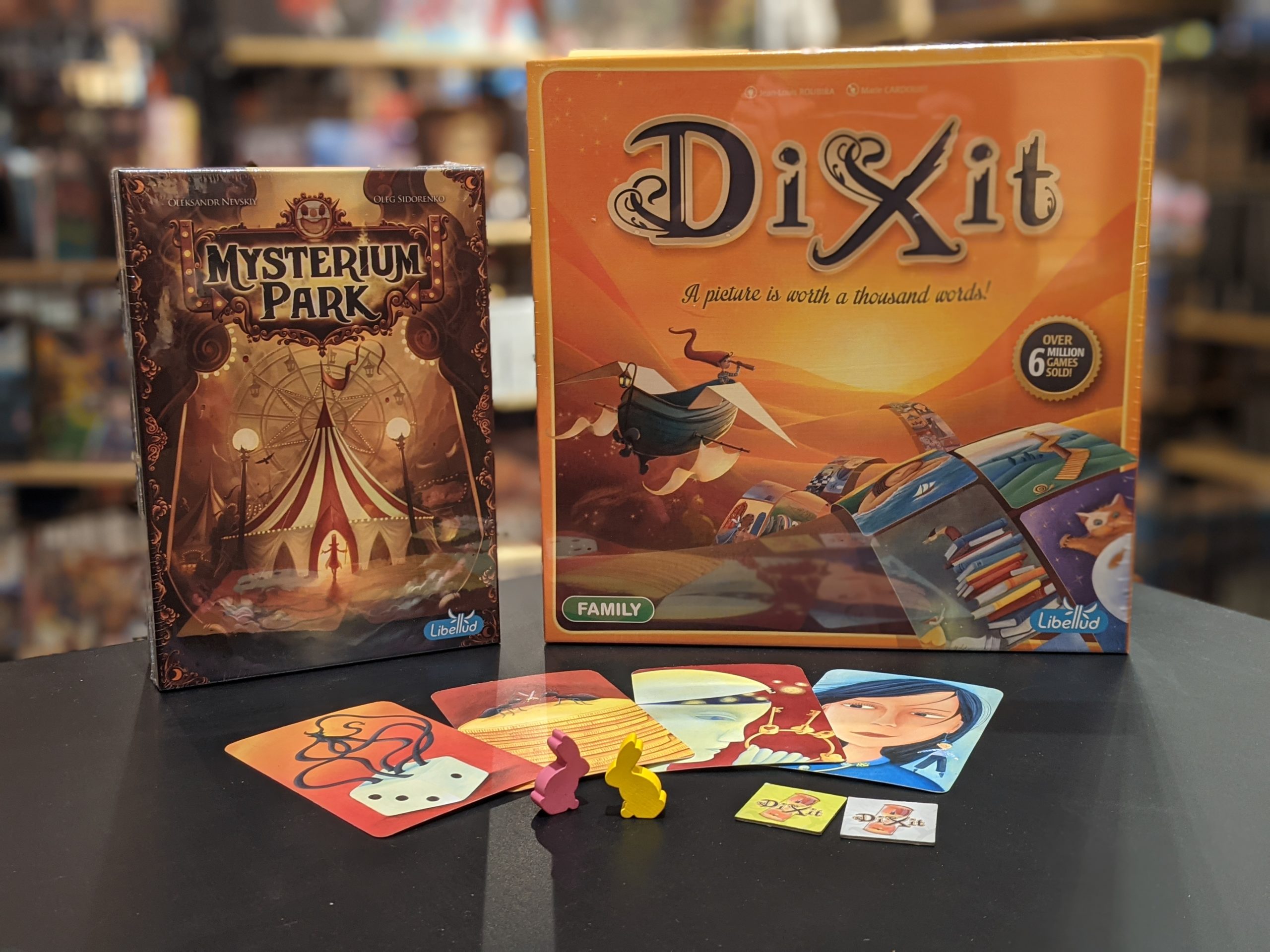 Another Art Card game like Mysterium Park, Dixit is a game of fantastical imagery and shared interpretations. Each round, one player will select an art card from their hand and, without showing it to the other players, say something about it. This could be a word, a phrase, a sentence, a full story, or a song—whatever you feel represents the images on the card.

Now the other players must look at the cards in their hand and play one (secretly) that they think represents when the active player said about their card. Then we’ll flip all of the cards face-up and attempt to find the original!

Dixit is a fantastic exercise in creativity and empathy. Not only will you have to read into the images and scenes on your cards, but you’ll need to consider how another player might have interpreted the same cards as well.

15 minutes or less of rules explanation

If you’re an established game group and you’re confident in everyone’s stamina for long rules explanations, you can skip this consideration. But if you haven’t played much with this group before, or you think folks will need to rebuild their gaming muscles, try to stick to games with approachable complexities.

There may be some dense games that some of your players are excited to get to the table, but it’s worth asking them to hold off on their colossal games for a future game night. Your focus should be on accessibility and togetherness.

This doesn’t have to mean you’re sitting down for a night of Go Fish; there are plenty of rich and strategic games that don’t involve appendices in the back of the rulebook.

Ah, the oldest game in all of existence: Survival of the fittest. Evolution is a game of evolving your prehistoric species to be able to eat, reproduce and prosper—whether by growing a long neck, sharp teeth, or dozens of other helpful traits.

For more details, watch my 3-minute video breakdown of the game here.

While Evolution doesn’t necessarily play quickly, its rules and mechanics are very approachable. The only resource in the game is the cards in your hand, which can be discarded for various benefits, or played for the “trait” ability that appears on them. It’s a great game that’ll get you creating absurd species and scrambling to evolve defense mechanisms when predators come knocking. 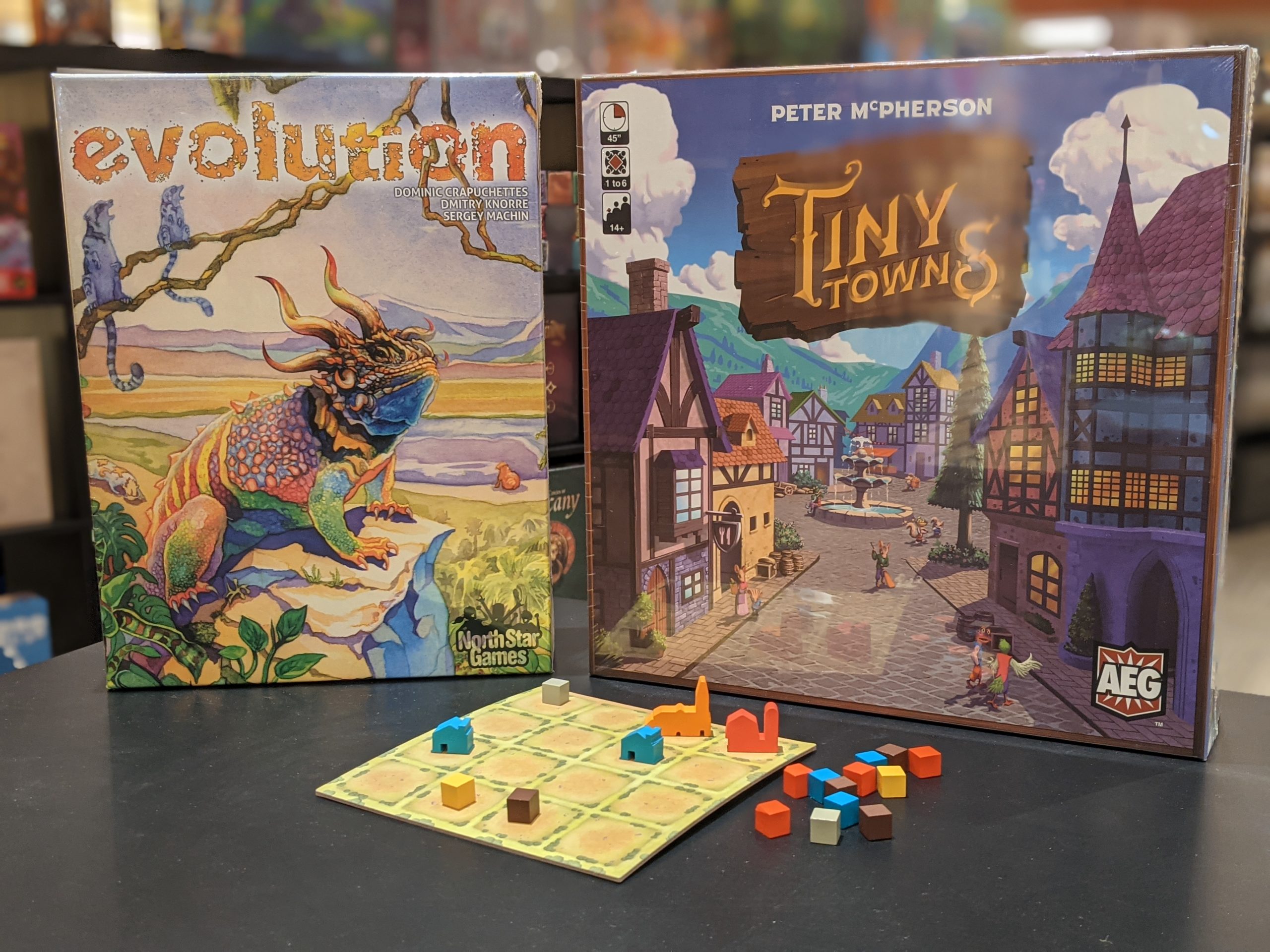 Tiny Towns is a quick-to-learn game with plenty of strategy. Each player begins with a 4×4 grid of squares, where we’ll build our own little villages, or Tiny Towns.

For me, the most engaging part of this game is that each building we want to add to our town requires a specific pattern of resource blocks (stone, wood, glass, etc) and each turn, one player will be the Master Builder who decides the resource we ALL add to our town this turn.

It’s a great little game about planning ahead and creating an attractive little 3D village.

Be Flexible, Have Fun

The last bit of advice I have is to prioritize fun for everyone around your table. This can be harder than it sounds—especially if you’re the host and you’ve already got some great ideas for the big night.

Being flexible means that even the article you just read can get thrown out the window if your group is excited about other games or ideas. Enjoy one another’s’ company, and remember that there are plenty more game nights to come.

Oh, and don’t forget the snacks!! 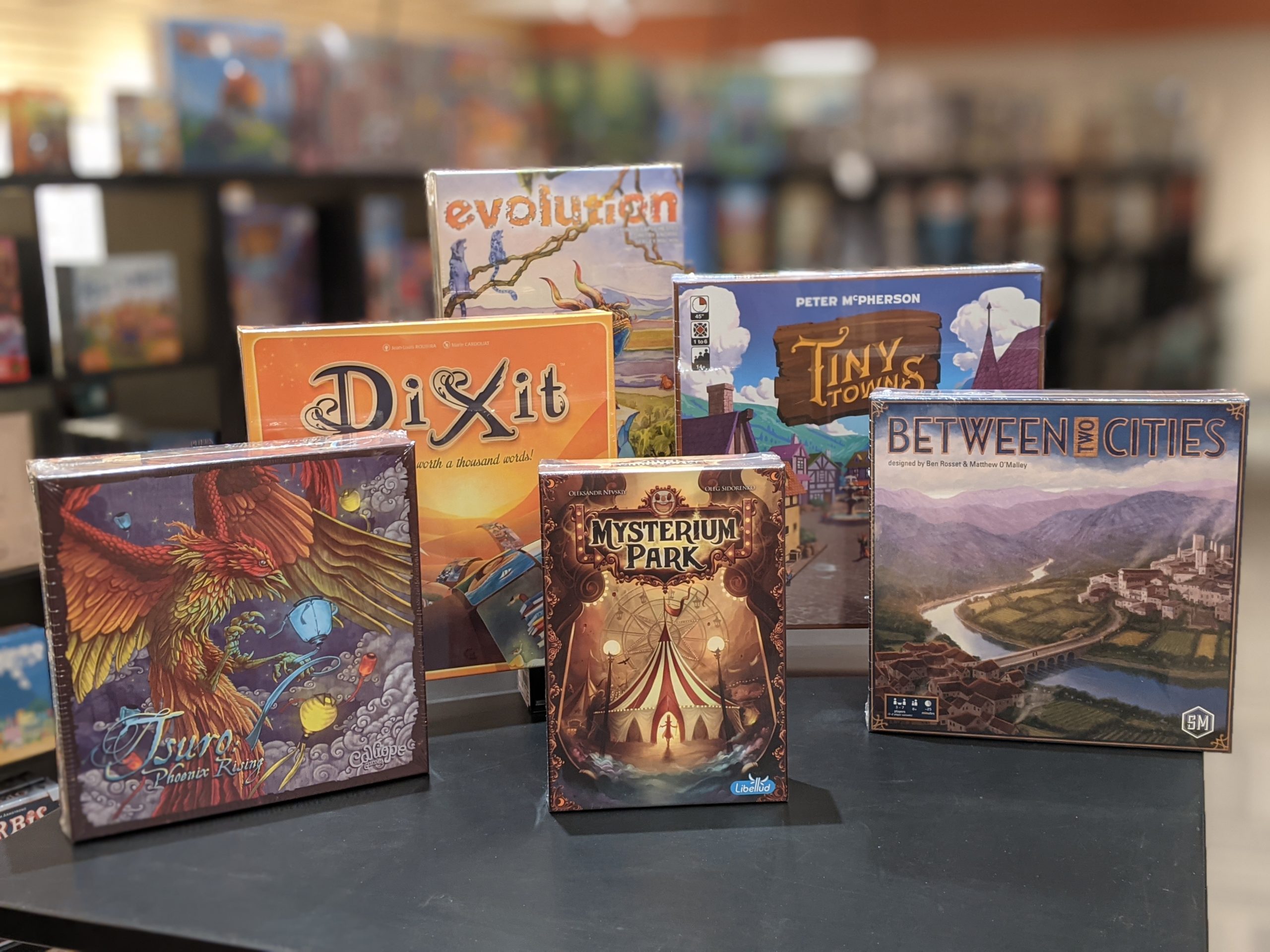