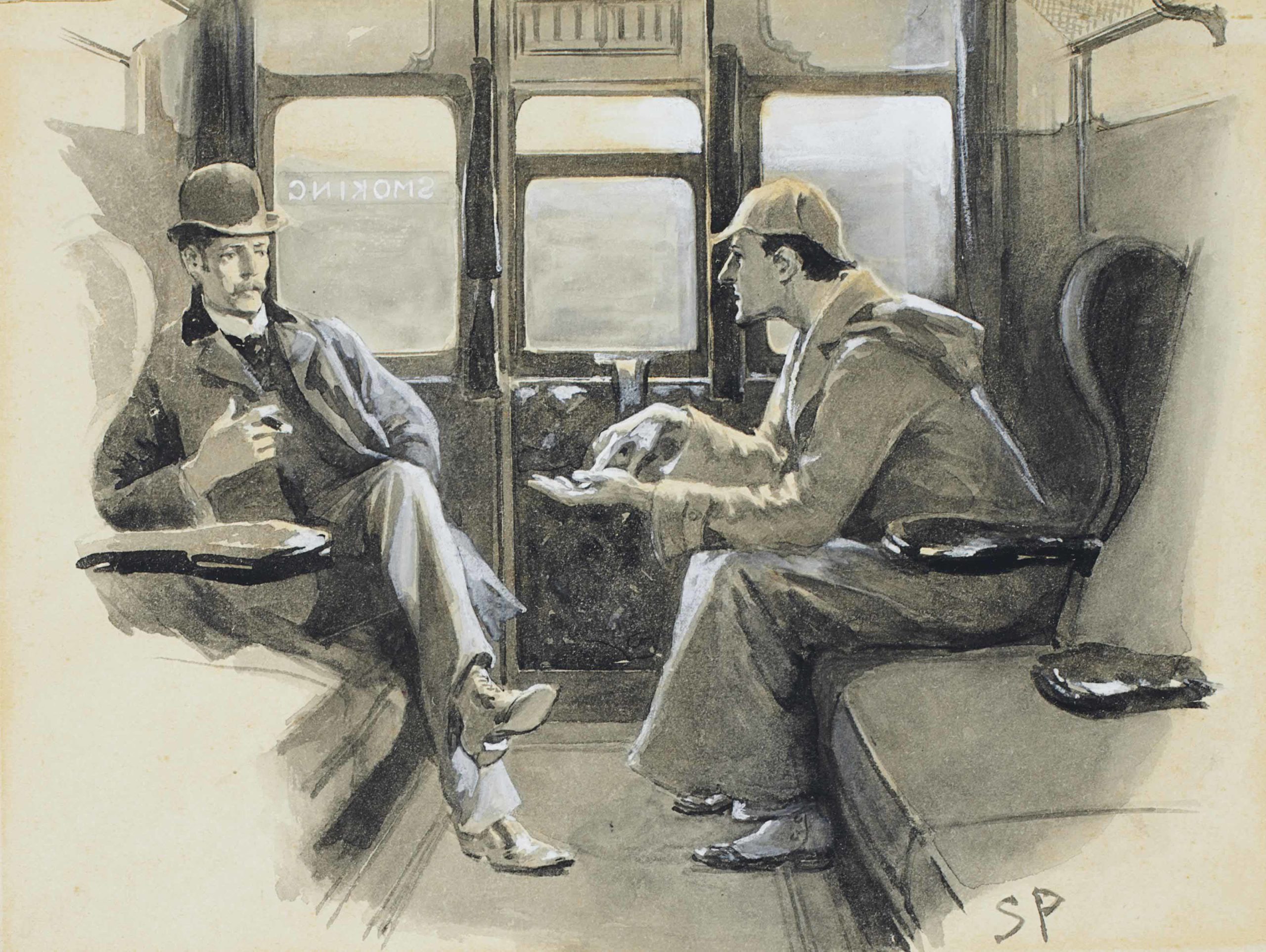 Tomorrow is Sherlock Holmes Day!  Mystery and deduction fans rejoice in honor of the most famous consulting detective of all time.  As a lifelong fan, here are some fun bits of trivia I’d like to share:

Sherlock’s first appearance in print was in 1887’s A Study in Scarlet.  In this short novel, we get to see the famous first meeting of Watson being introduced to Holmes as a potential new roommate.  We also get a really long (like one-third of the book) flashback from one of the other characters, which can be a little dry for some readers.  Set in the early Mormon settlement of Salt Lake City, the flashback is a gripping tale of escape and revenge (if you can abide being without Holmes and Watson for about 45 pages, that is).

The total number of official Sherlock Holmes canon stories includes 4 novels and 56 short stories.  What order should you read them in?  Short answer: It doesn’t matter.  Long answer: I personally think that reading them in the order that they were originally published is good enough.  Many people have tried to put the stories in chronological order by their events, but since Watson is often vague about dates and years, this strategy can come with mixed results.

Speaking of canon, did you know that Sherlock Holmes is one of the forerunners of what we now call a “fandom?”  That’s right, Holmes fans are widely considered to have been the first modern fandom, holding Holmes-related gatherings, and yes, writing fan-fiction too (these were originally known as parodies and pastiches).  Holmes fans were at it long before the sci-fi fan clubs of the early 20th Century.

How do we know this was a real fandom?  I’ll tell you:
Sir Arthur Conan Doyle was (at best) ambivalent toward his famous hero, Sherlock Holmes.  When the popularity of Sherlock Holmes skyrocketed, Doyle eventually got tired of writing to keep up with public demand, as he felt it was a distraction from his other writing work.  He even raised his prices to thwart publishers’ demands, but they were more than willing to pay a premium (and hey, money is money).

Eventually, in an effort to get more time to work on his other writing projects, Doyle decided to kill the character of Sherlock Holmes in The Final Problem in 1893.  There was a huge amount of public outcry after Holmes was “killed off,” allegedly even resulting in public demonstrations of mourning (well, they didn’t have social media yet).  After resisting pressure from angry fans for 8 years, Doyle was eventually coerced into writing 2 more novels and 32 more short stories, making up just over 50% of the entire canon.  Wow. 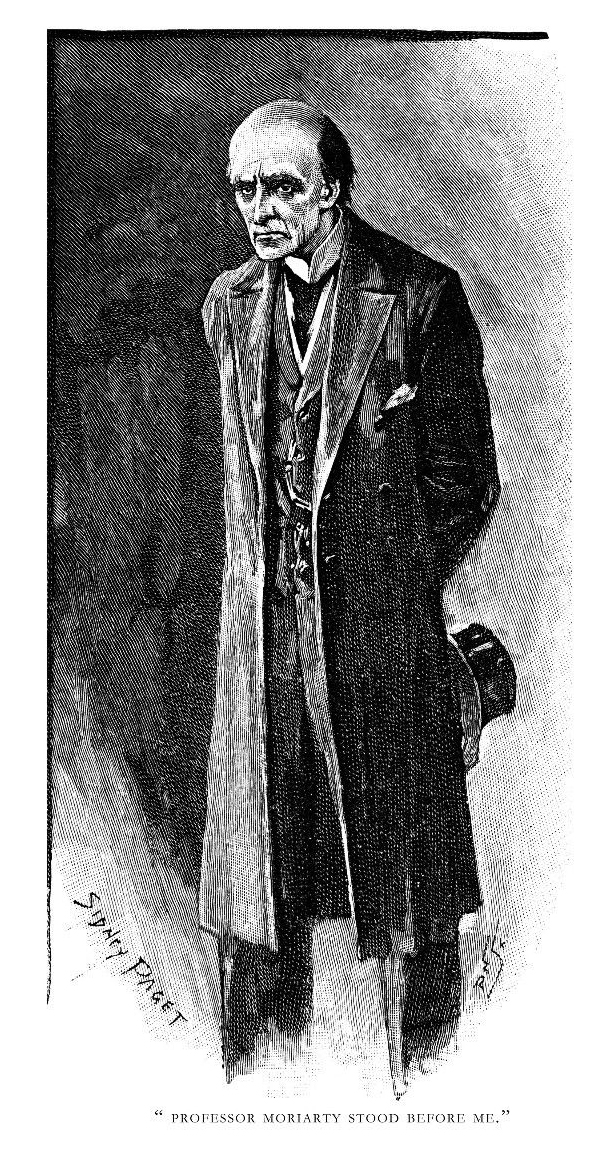 This brings me to my final bit of trivia, regarding Professor Moriarty.  In television, stage, and film, Professor Moriarty is highly featured.  He’s the omnipresent arch-nemesis, the criminal mastermind orchestrating everything.  Except…  this character doesn’t even exist until The Final Problem, and he only appears in one other Holmes story – The Valley of Fear (set before The Final Problem, but written afterwards).  Canon Moriarty isn’t omnipresent at all.  He was only created by Doyle as a last-ditch effort to kill Sherlock Holmes!  Sort of like the opposite of a deus ex machina.  Diabolus ex machina?  (Latin scholars, help me out here.)  Anyway, canon Moriarty isn’t scary to me – he holds no water.  This is the hill I will die on.  In my opinion, the only way to make Professor Moriarty scary is by casting Andrew Scott in the role.  (Absolutely terrifying.)

Sir Arthur Conan Doyle would have preferred to be remembered for his other works, but alas, here we are.  If you want to celebrate Sherlock Holmes day, there are so many great options!  Grab a cup of tea and curl up with your favorite Sherlock Holmes book, movie, or series.  Better yet, pull out a Sherlock Holmes board game and make up a whole tea party, complete with snack cakes and cucumber sandwiches.  I like my cucumber sandwiches with chive & onion cream cheese (or its dairy-free equivalent) and a sprinkle of dill.  Or you can organize a scavenger hunt, dress up in disguises, or solve puzzles.

Below are some of my personal suggestions for Holmesian games and stories to check out:

Top-rated Holmes stories according to one of the largest surveys of Holmes Aficionados:

In 1927, Sir Arthur Conan Doyle made a list of the best (that is, his own favorite) Holmes stories:

And I’ll close with my favorite Holmes quote, from The Sign of the Four,

“My mind,” he said, “rebels at stagnation. Give me problems, give me work, give me the most abstruse cryptogram, or the most intricate analysis, and I am in my own proper atmosphere.”