Prerelease Prep from a Former First-Timer 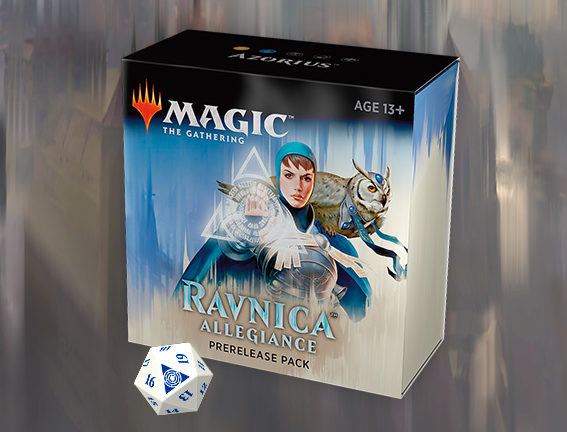 If you ask me, sealed format prerelease events are one of the coolest ways to play Magic: the Gathering. Not only do you get to be among the first players to see the new set of cards, but you get to build a deck out of those cards and pit it up against other players’ newly built decks. It levels the playing field between new players and veterans while giving everyone a chance to experiment with the new mechanics a set introduces.

Before we go any further, here’s a super brief overview of how your prerelease event will work:
You’ll show up.  You’ll get handed six booster packs. You’ll open those packs and build a deck from their contents. That deck must contain at least 40 cards, including your basic lands, which you can add freely, and which the store will make available. That means you want to select 22-24 cards from your packs that work well together. You can go over 40 cards, but I suggest sticking at close to the 40 line as possible. From there, you’ll compete with other players using the deck you just built in a number of best-of-three rounds. And there you have it—a prerelease in a nutshell.

I’m far (like, really far) from an expert, but a few thoughts keep me feeling confident at a prerelease—and sometimes I even leave with a decent record! So here we go: a former first-timer’s secrets to middling prerelease success.

Many players prefer to walk into a prerelease completely blind, without having seen any of the new cards before sitting down and opening that first pack. It lends more gravity to the moment and makes for a really exciting ten minutes. I, on the other hand, do not possess the experience necessary to look at dozens of cards and piece together an airtight deck on the spot. I prefer to know what I’m walking into.

If you’re like me, you can go online and find video series reviewing every card in a new set even before the set is released. Don’t spend three days trying to memorize every card you’ll be up against, but do try to get an idea of which overall colors and mechanics you like in the set, as well as a few cards to keep an eye out for.

You WILL open up cards that underwhelm you, but that doesn’t mean they don’t have a place in your deck. Remember that everyone around you is in the exact same boat as you are. They’re not playing decks they’ve been fine-tuning for years—they’re opening their packs for the first time and scrounging together new decks as well. And just because a card isn’t the most coveted one in the set doesn’t mean it can’t win you a game.

If you’re not super confident in your deck-building skills, just keep your deck simple and straightforward. Stick to two colors; three colors invites dangerous mana troubles for less experienced players, and a mono-colored deck will likely force you to put most, if not all, of your cards of that color in your deck—whether they make sense or not. Then, make sure your cards are well-distributed between mana costs. One of the worst things you can do to hurt your chances at victory is to get too fancy and build a deck that tries to do too much, risking the chance that it won’t do anything at all.

Remember to have fun

It sounds cheesy, but as a new player, it’s all too easy to forget that there is no World Champion title on the line at a prerelease. You are allowed to lose, and even to have a good time doing it! By all means, play each game to win, but don’t let your enjoyment hinge on it. Remember to enjoy the new cards, their new abilities and the new set as a whole—and take a second to read some of the cards’ amazing flavor text! Chances are, the player across the table from you will be happy to do the same.

Lastly, if you have any questions during the event, ask a judge or Barrister! We’re happy to answer questions and provide a little guidance where we can!