Here’s what’s new on the shelves this week, from airships and mobsters, to magical and educational matching games! 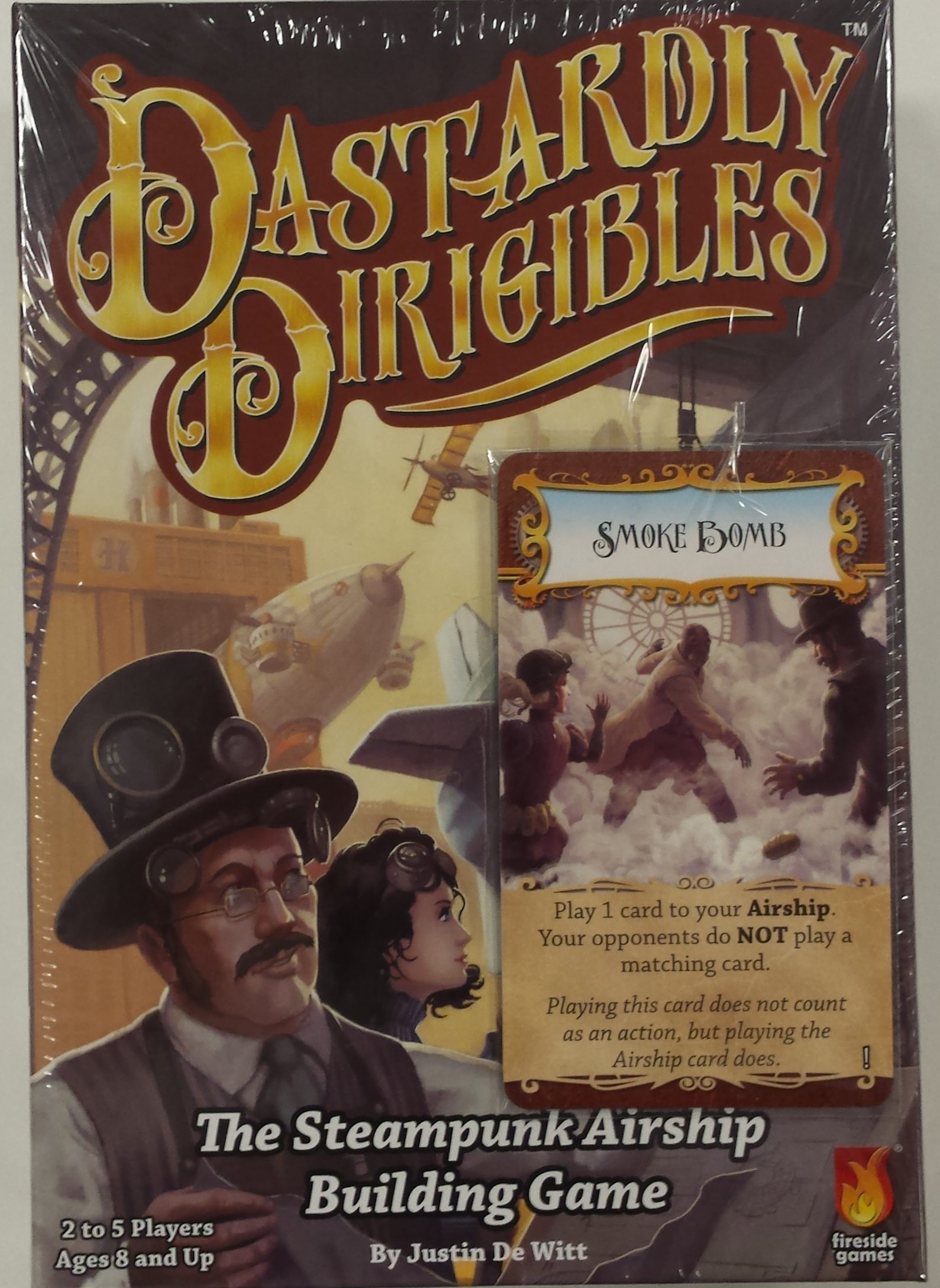 Professor Phineas Edmund Hornswoggle, famed airship builder, is retiring and you are an engineer competing to inherit the Hornswoggle factory! Each time you add a new part to your airship, all of your fellow players must add the same type of part to theirs. Build your airship from different parts in nine unique suits, while also using special cards to your advantage or to thwart your opponents. The round ends when the first airship is complete — but you score only the suit used most in your airship. 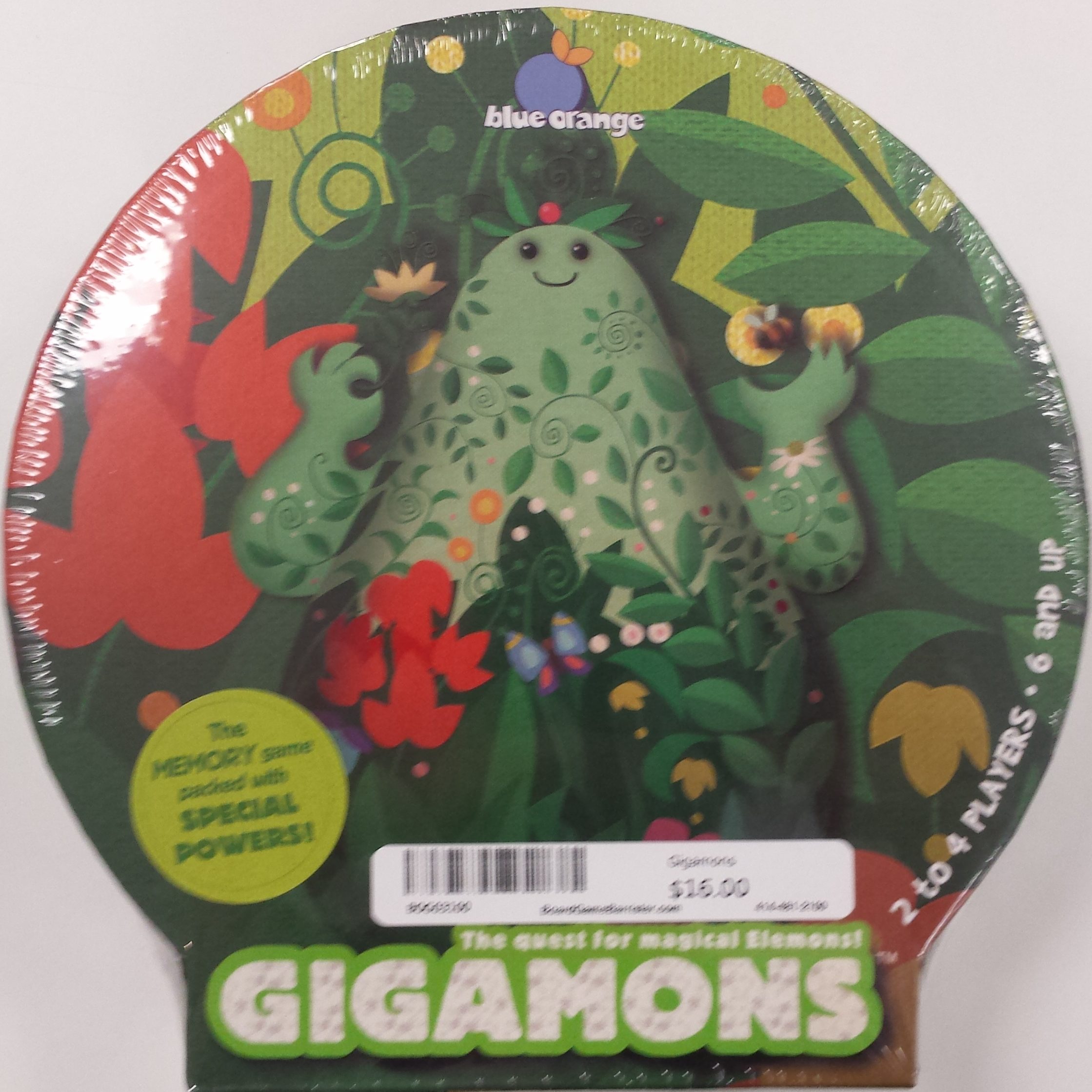 Gigamons
What if the world’s elements manifested in creatures with mythical abilities? In Gigamons, you will look at 2 of the face-down Elemons on the table, revealing them to all players. When you match a pair of Elemons, you will earn them and also invoke their special powers (like blocking off face-down Elemons). Every three of the same Elemon you find will summon the Gigamon of that element to your side, and when you have three Gigamons, you win the game!

In this game of deduction, bluffing, and a lot of backstabbing, you’ll gain more information with each card played. Size up the loot that may be yours for the taking in different American cities and send out the members of your gang to those cities: some are pros, some are wannabes. Whoever has the most gang members in a city cashes the loot, unless you’re in Chicago, where you’ll have to split your takings with the boss himself: Al Capone. 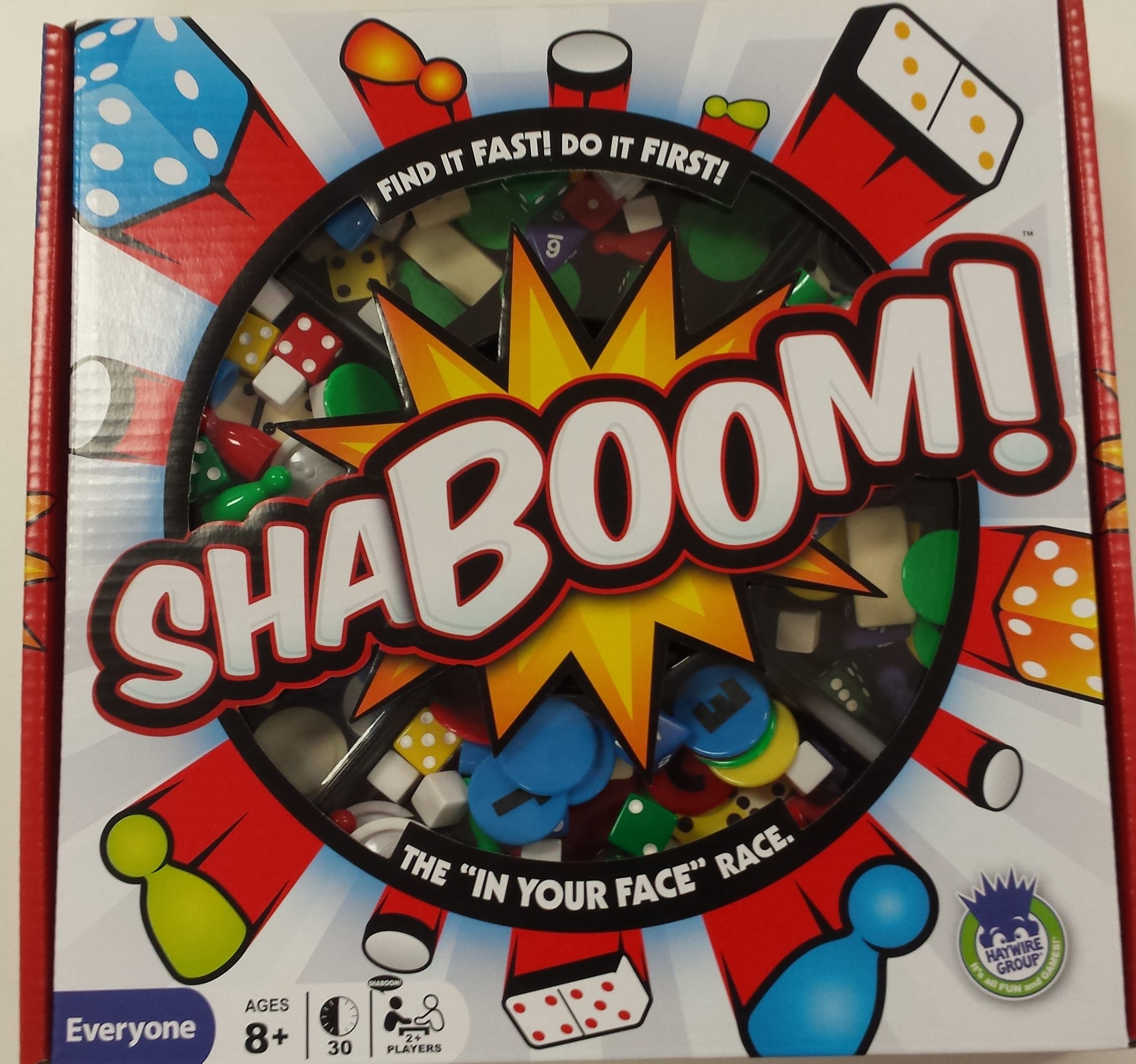 Shaboom!
Face off against your opponents in a series of challenges sure to test your speed and agility. In Shaboom!, you’ll be asked to complete actions that anyone can do – it all comes down to who can do it first. Flip it, Stack it, Spell it, Roll it – shout SHABOOM! and take the victory!

This immersive series of matching games focuses on building core skills in math and reading. Every card in the game has EXACTLY ONE match with every other card: the trick in the Math variants is that some cards show equations while others show their solutions. Match an equation to its solution, or two solutions – or even two equations with the same sum! In the Reading variants, you’ll need to match words to the pictures they represent. Available Variants: Addition, Multiplication 1, Multiplication 2, Reading 1, Reading 2, Compound Words.

218
In 2085 A.D., armored warfare is faster and deadlier than ever! Supertanks, GEVs, and infantry slug it out to defend supply lines and keep pressure on your enemy. In Ogre: Objective 218, you’ll need to maintain your supply lines and destroy enemy units to advance on the enemy home base, while ensuring that your own base is not taken. Air strikes can aid your assault or help defend your base, but spend them wisely as you only have two.