We’ve got some fantastic new games on the shelves this week, just in time for everyone’s holiday shopping! 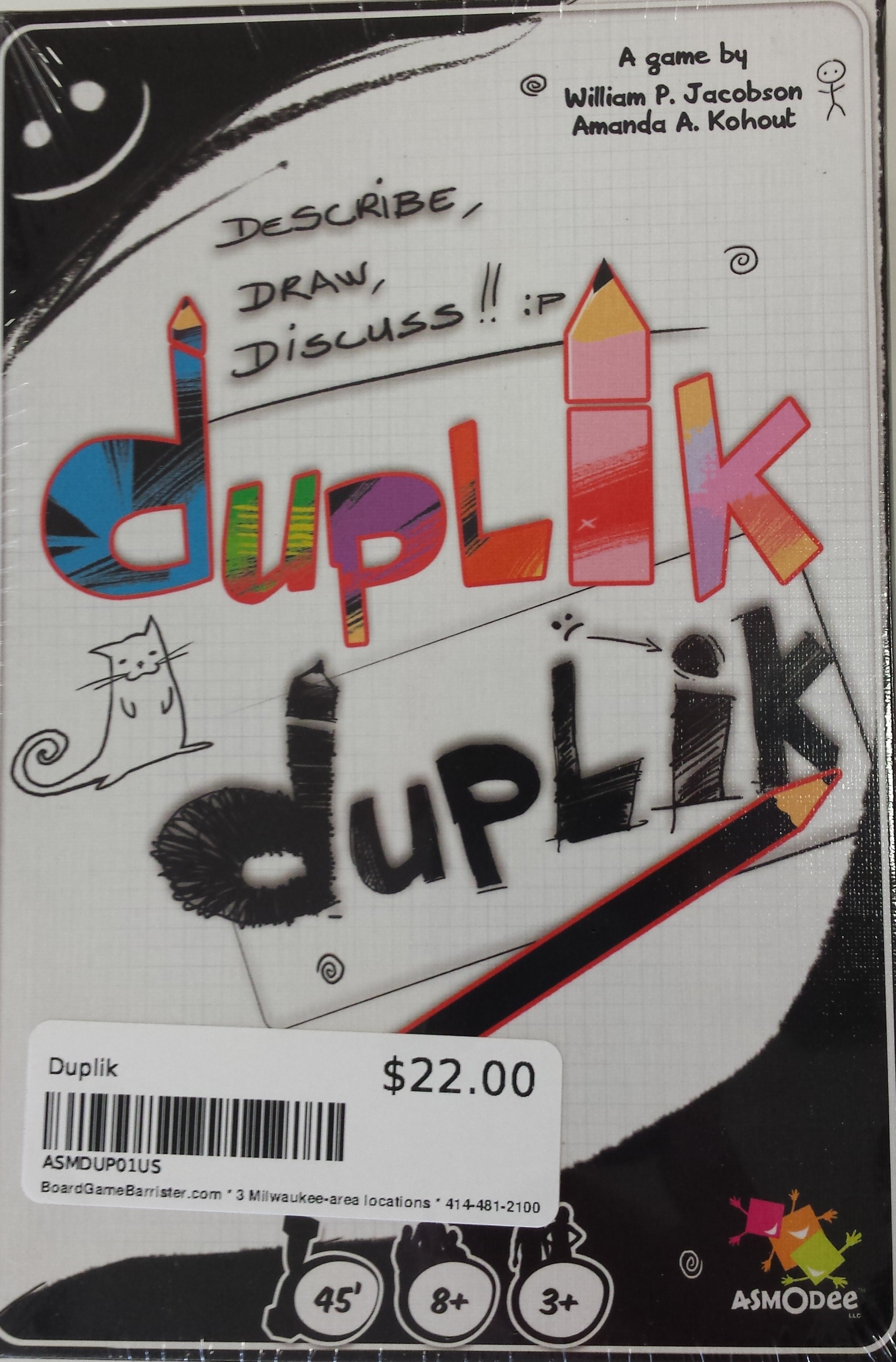 In this funny, fast-paced game, one player (the Art Director) will receive a unique and utterly bizarre image which they must describe to the other players (the Artists). The Artists then attempt to draw the image based solely on the Art Director’s description. Once time is up, ten hidden criteria for the image are uncovered, and each Artist’s drawing scores based on how many criteria were met. 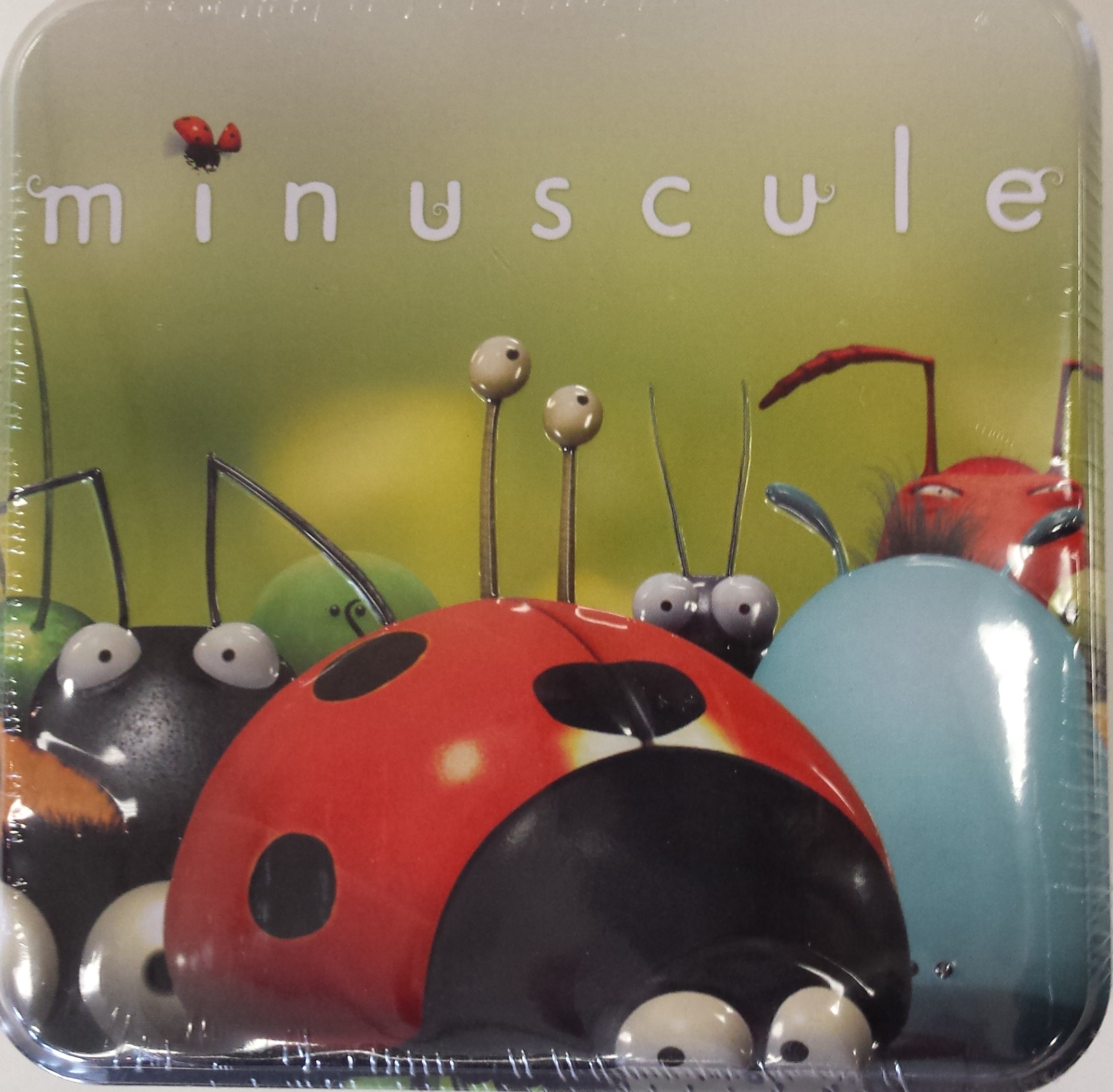 Minuscule
At the start of this racing card game, each player randomly receives two betting cards. Each player then lays one of the seven critter cards on the table, adding it to the  racetrack. On a player’s turn, they must play an action card and execute its effects, moving the critters forward and backward in line. After five turns, each player reveals their two betting cards and receives points according to the matching critter card’s position.

The Little Prince: Rising to the Stars 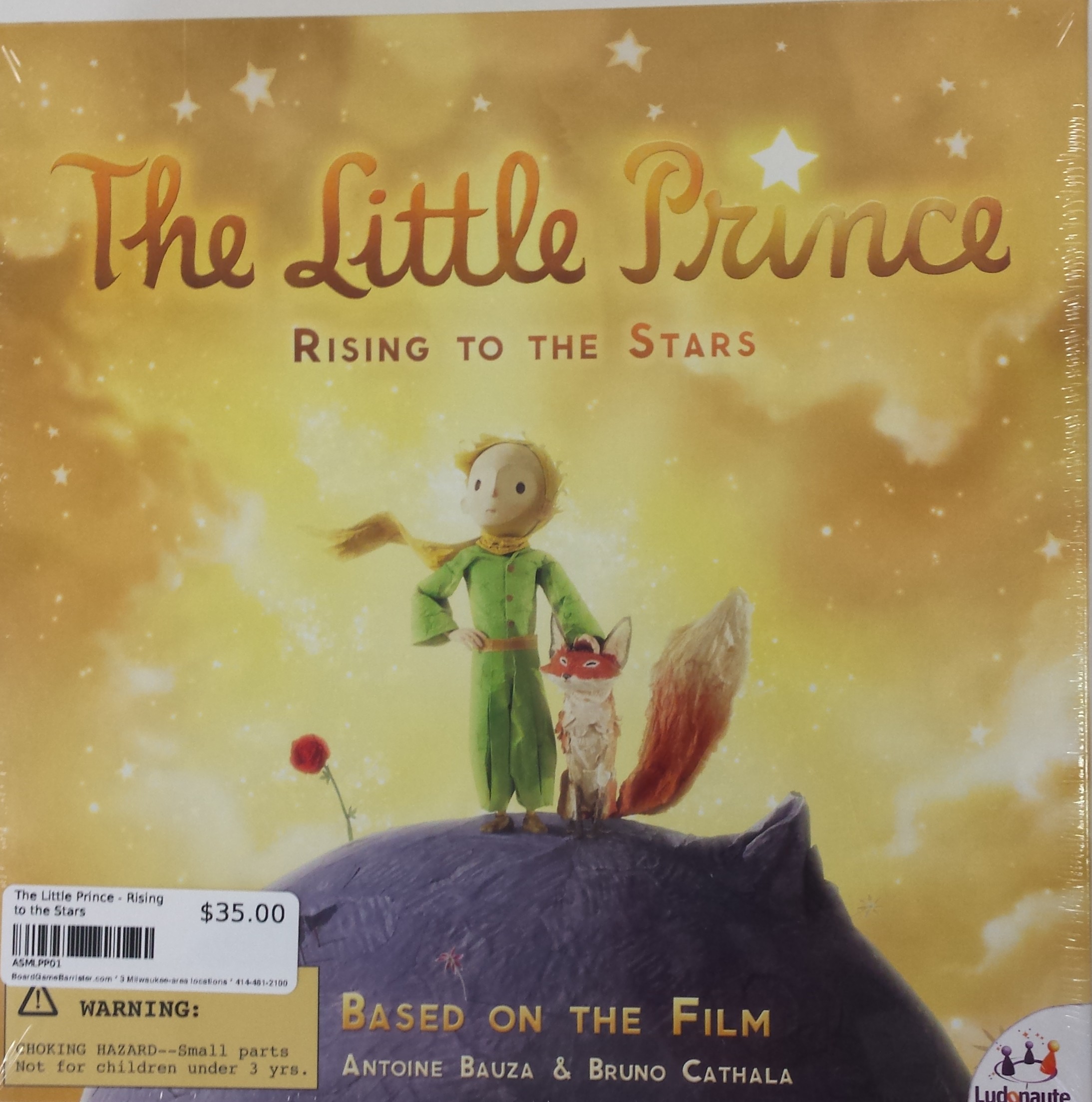 Puppy Up
Don’t tip the puppies – Count ’em, sort ’em, add ’em, then balance them! This is a game of weights and puppies, and you know you counted, added, or subtracted correctly when the number and the puppies balance on the dog scale. If the scale balances, you’re right, but if one side tips up, you need to recalculate. It’s fun, it’s tipsy, it’s topsy, and it’s filled with puppies! 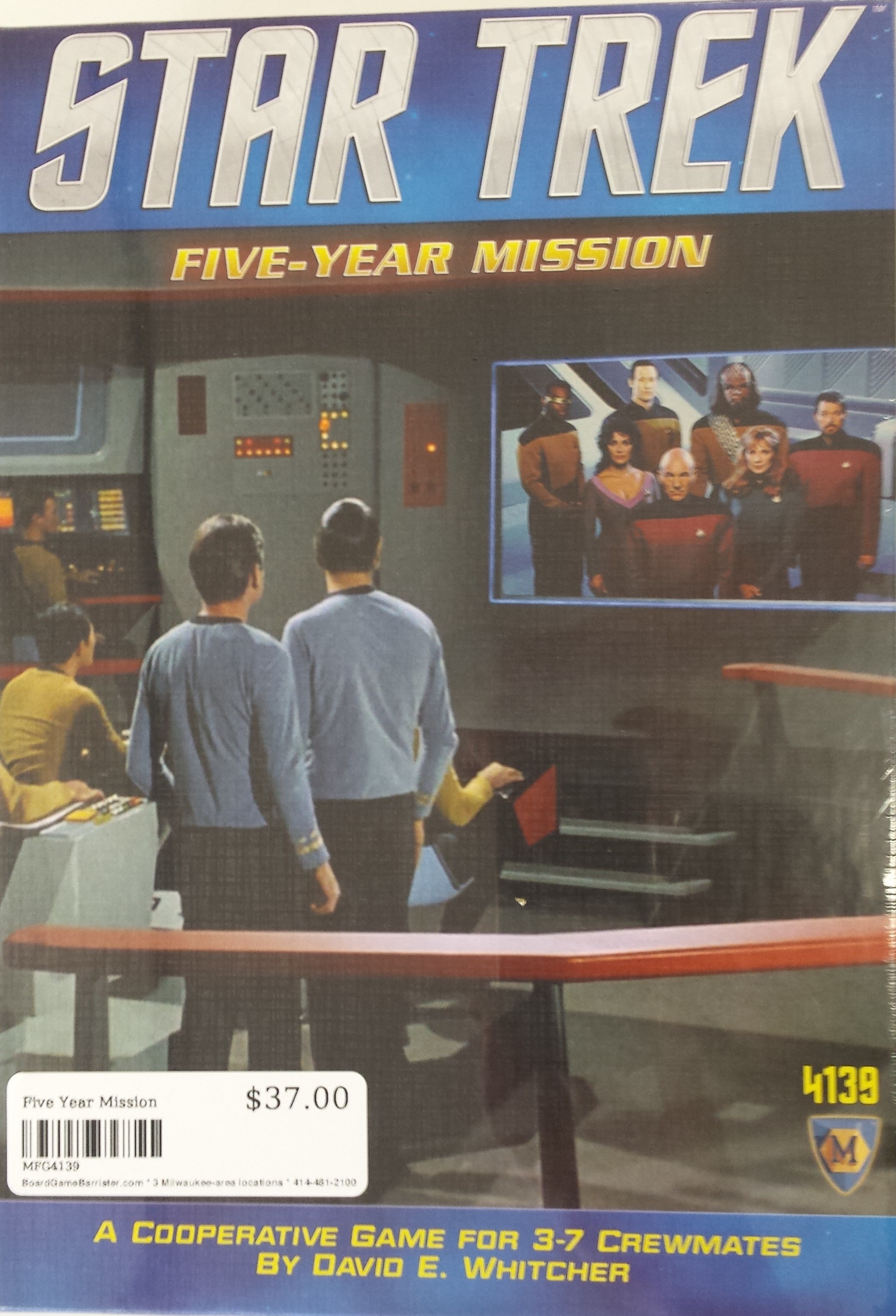 This cooperative dice placement game allows players to take on the roles of crew members of either the USS Enterprise or the USS Enterprise-D. In these roles, players try to cooperatively solve a series of ship-wide alerts, whether injuries which lock dice out of play, ship damage that can force players to attempt harder alerts, urgent events that must be completed in 3 minutes, all the while minding the prime directive. 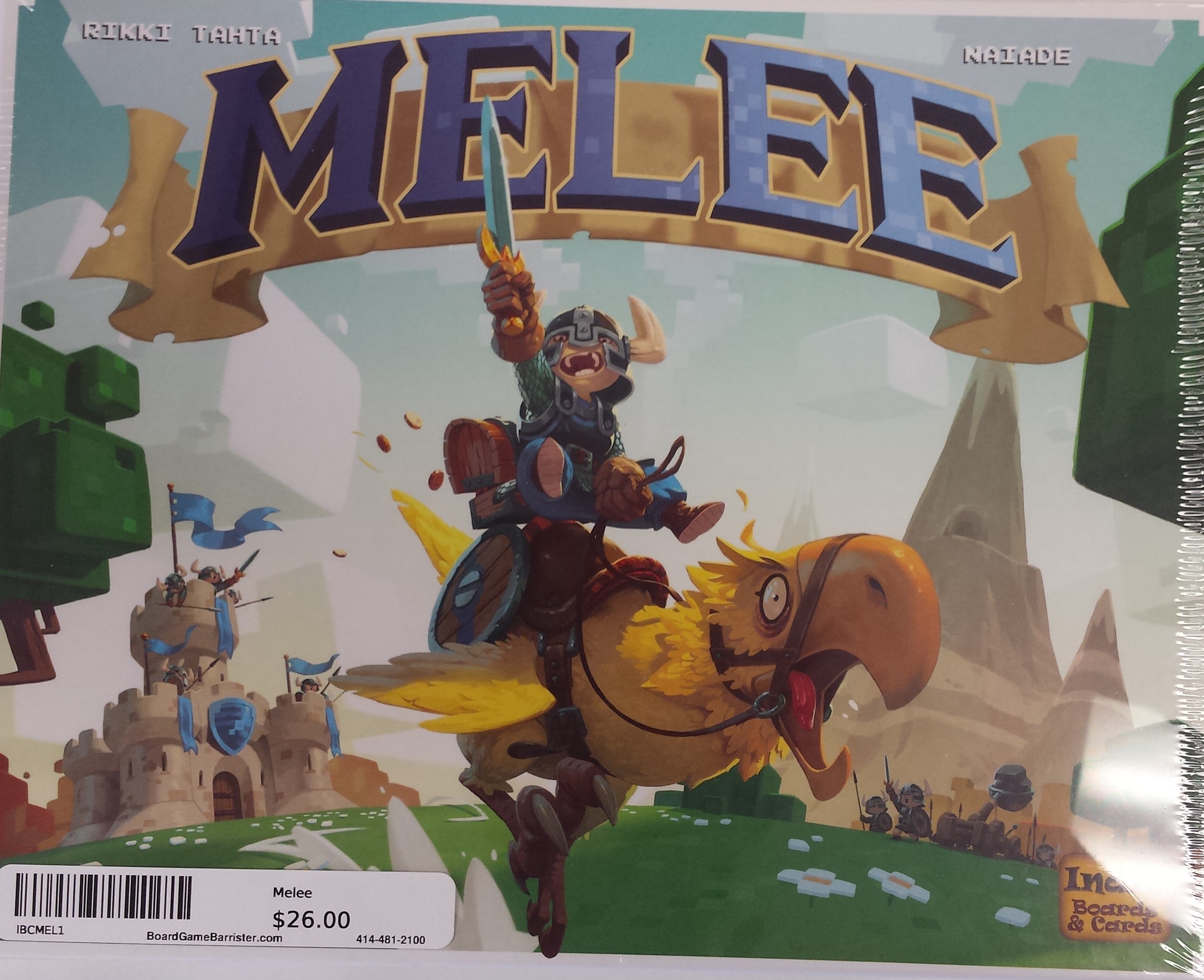 Melee
It is the dawn of a new year. The old king has just died childless, and the new succession must be decided before the end of this year. In Melee you want to be the first person to secure your stake claim on the throne by capturing an opposing castle or having the most land and gold at the end of the year. Money is tight, so spend carefully – the game could end with an opportunistic attack, or in a grueling stand off for control. 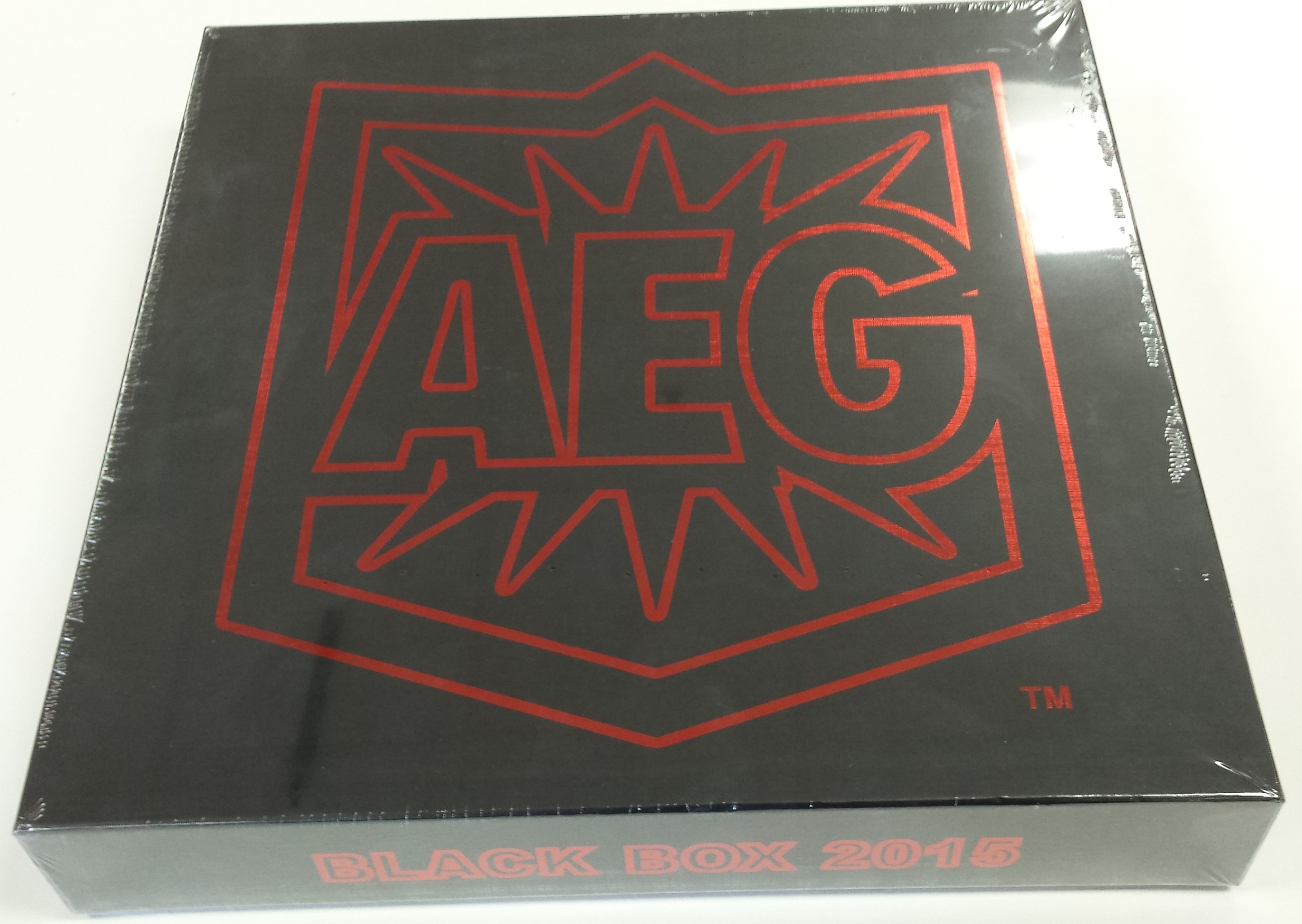 Every year on Black Friday, AEG releases a box of games, the contents of which are kept secret until the day of its release. Those contents can include new AEG games, promo versions of games, game expansions and more! Take a chance, and dare to dive into this year’s Black Box!

Stop in to your closest Board Game Barrister store to get a closer look at these and our entire collection of board games, toys and puzzles for all ages!

Plus – Check out all of last week’s new arrivals!