Despite my rather apathetic attempts at painting tiny men, I have a desperate love affair with miniatures and miniature war games. It is an addiction for me, and I currently possess nearly as many sets that have yet to be visited by a paintbrush as I do those that have suffered the wrath of my furious artistic failings.

GenCon offers me an opportunity to bask in the heavenly glow of more minis than I could ever hope to own, and they are all so beautiful to behold, having seen much more care and attention than I give my own meager metal men. It isn’t just at the dealer demo tables that you can see some of the best looking figures your humble eyes will ever experience, but many players have imported their own vast armies for one to drool over (though I mean that figuratively, the one time I did it literally I was asked, rather forcibly, to leave the premises after providing an adequate number of towels).

The only thing as cool as all the minis, would be the fascinating terrain that always accompanies it. Table after table was filled with amazing works of terrain.

My photography skills are marginally better than my painting skills, so I will show off some of the spectacular works of art I saw while browsing the con floor. 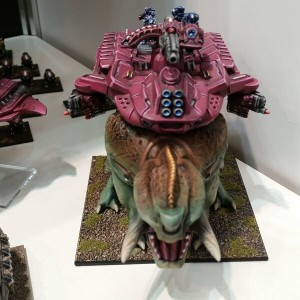 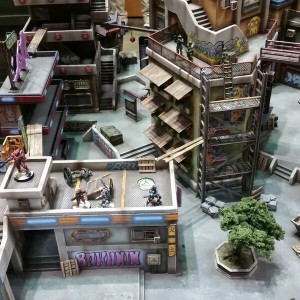 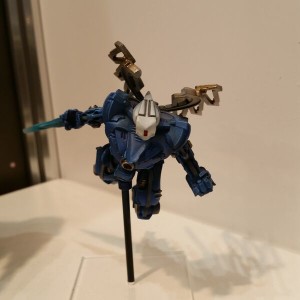 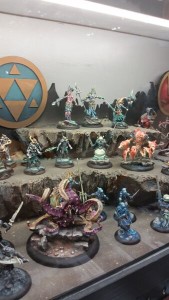 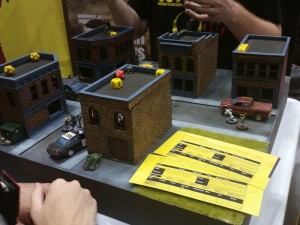 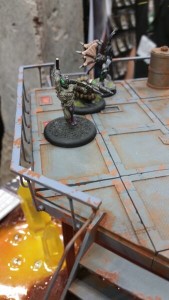 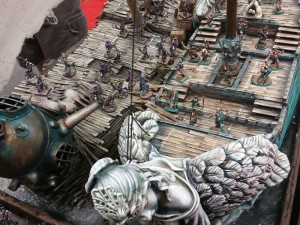