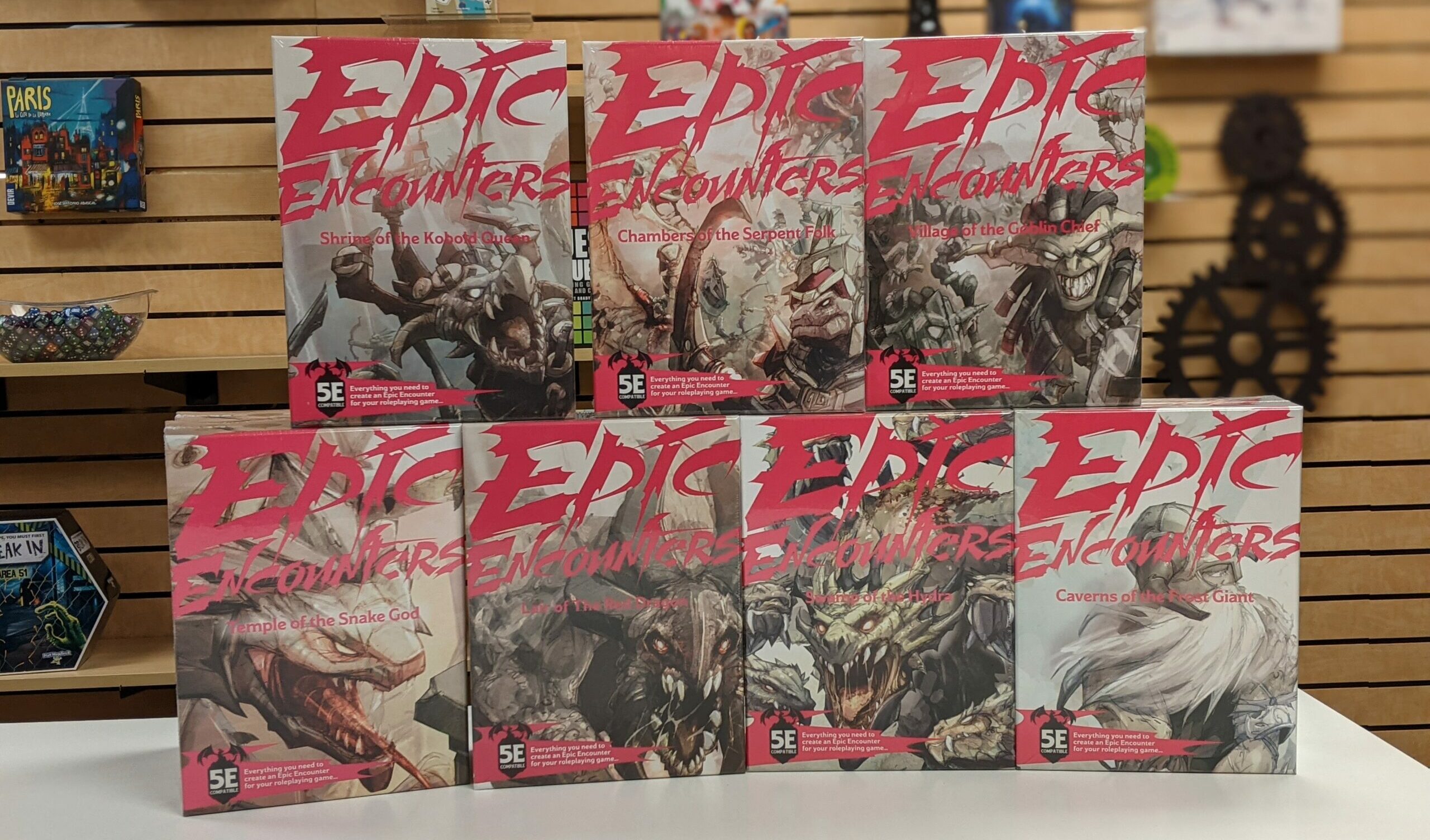 It’s game night, and you have nothing planned. Maybe you forgot, maybe life just got too busy, or maybe it’s a spur of the moment pick-up game, but you need something for your players and you need it now. Steamforged Games has got you covered with their new Epic Encounters line. Everything you need for a full night of adventure in one box; maps, adventure book, and miniatures. 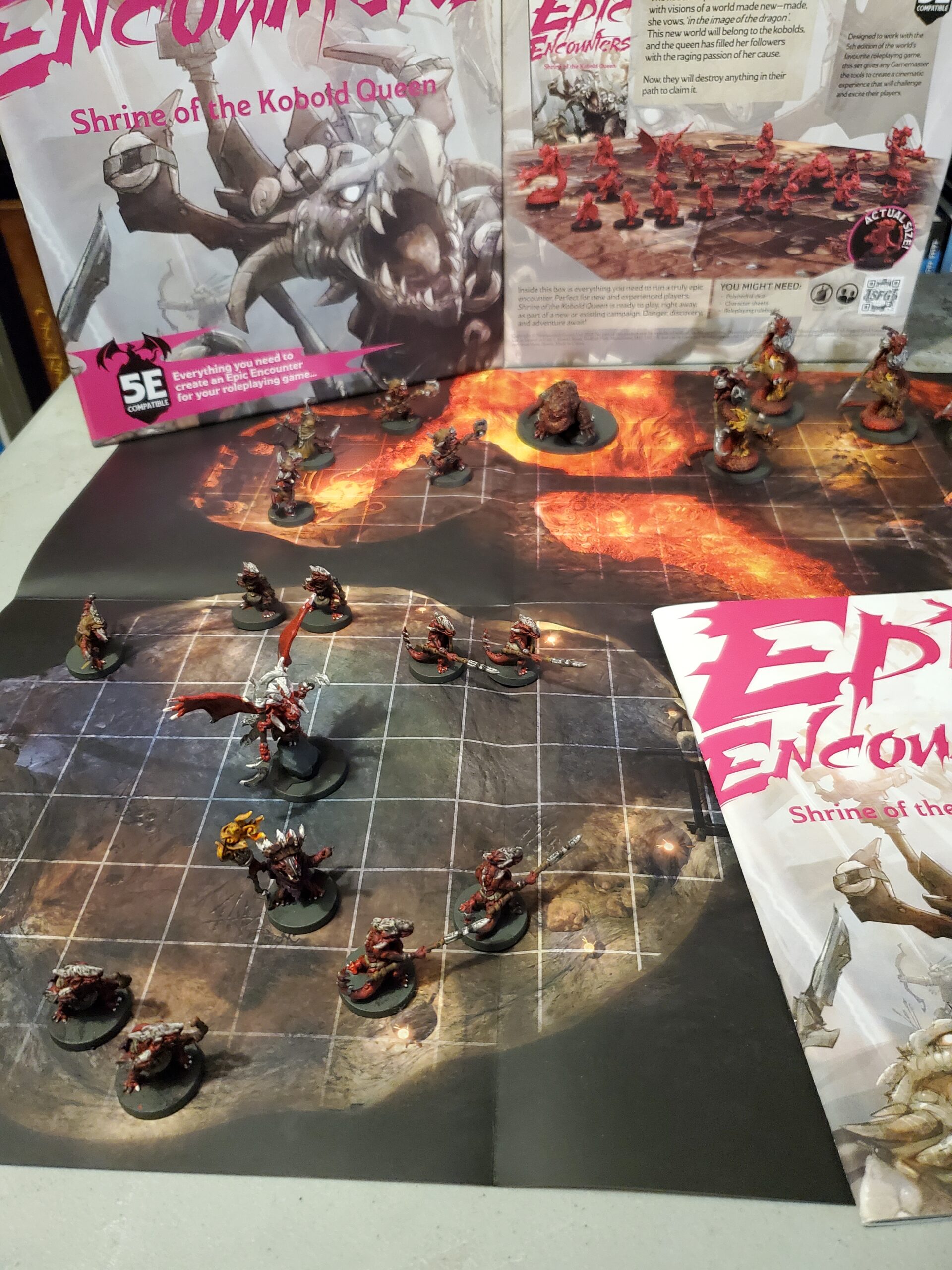 There are several different scenarios to choose from, Orcs, Goblins, Kobolds–and the brand new Serpent Folk–to cover your standard creature needs, but there are other sets too with larger foes like a Red Dragon, Hydra, Frost Giant, and also newly released, a Giant Snake! The larger sets can be run solo, or as an add-on for one of the regular sets, beat the Orcs and then head on to face the mighty Frost Giant to keep the adventure going.

Aside from being easy to just drop on the table and run with almost no prep at all, you will also end up with miniatures that you can then add to your collection of adversaries. I already have plans for the Kobold Queen to get her revenge after my players desecrated the inner sanctum of her lair.

The minis come unpainted, but they still have a tremendous amount of detail, and, if you should choose, they paint up really well. I just finished painting my Kobolds and they are itching for a fight.

These sets are also great for beginning players and DMs, as well as those that have spent plenty of time around the table.  Stop in today, and make your next adventure an Epic Encounter. 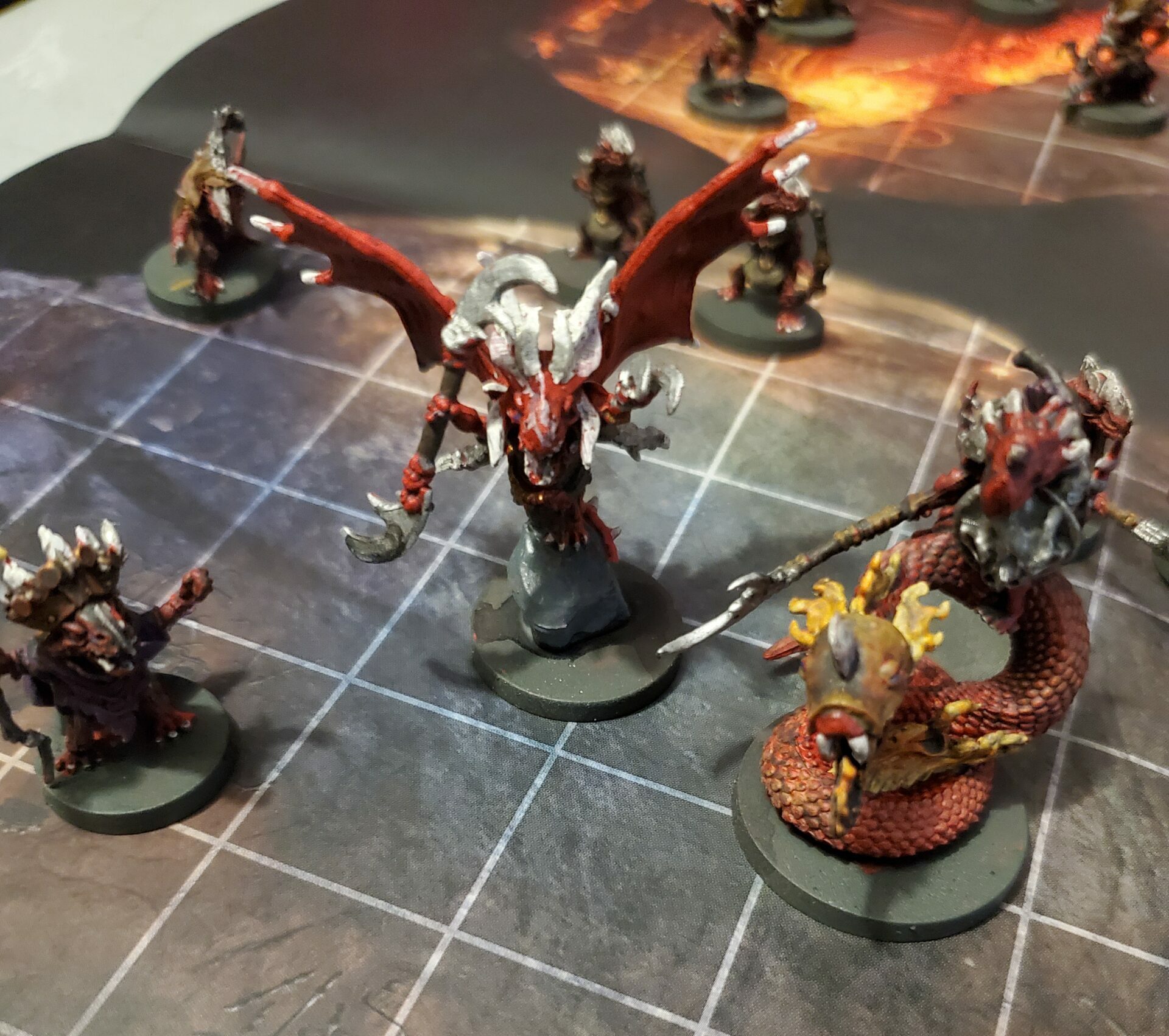