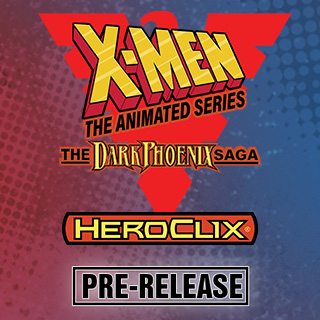 Marvel HeroClix: X-Men the Animated Series, the Dark Phoenix Saga comes to the tabletop in a BIG way. Based on the success of Marvel HeroClix: Avengers Infinity, Colossal Boosters are back! Each Colossal Booster will contain 4 standard size figures and a 2×2 Clix Base figure in EVERY booster! Discover new characters both small and large in this can’t-be-missed release! This set features all of the fan-favorite characters from the 1990’s X-Men animated series like Wolverine, Rogue, Gambit, Jubilee, and Morph!

Colossal figures in the set will feature some of the epic threats that the X-Men have faced ranging from Nimrod to the Dark Phoenix or the Shadow King! Not to fear, some of the X-Men have found ways to be a colossal answer to evil, like Iceman and Vange Whedon.