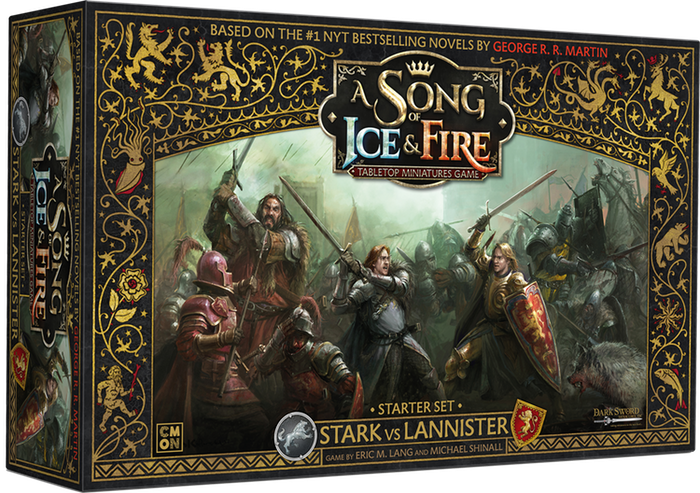 In the Game of Thrones miniatures game, you win or you reset your armies and play again!

Select your faction, raise the banners, and meet your opponent on the field of battle with armies led by heroes like Jaime Lannister and Rob Stark—but the game isn’t just about victory by swords and armor—characters like Sansa and Tyrion have an important role to play in the council chambers and courts of the cities.

Getting Started with the Game

A Song of Ice & Fire is ready to play right out of the box. (See the picture below for all the contents, including 90+ fully assembled miniatures in blue and red plastic, so that you can distinguish the armies without any needed alterations)

The rules are fairly straightforward. In fact, the Starter Set lists a game time of 45-60 minutes. Expect to spend a couple of hours working through your first game, but it won’t be long before you’re battle for Westeros multiple times in a single evening.

On the battlefield, you’ll move your cavalry and infantry into position on formation trays. To aid in the fight, you’ll also have non-combat units making behind-the-scenes moves in five areas: Crown, Wealth, Tactics, Combat and Maneuver.

The Starter Set is a $150 value, and each Expansion box is a $35 value. Take advantage of these special offers for a great deal on this amazing new miniatures game collection—and the only way to get the Kickstarter exclusives we have in stock!